Admin 9/06/2020
Admin
Many AT&T customers are searching for a cell phone or smartphone offered by AT&T Wireless and is simple to use by senior citizens. As the Jitterbug phones are considered the ideal phones for seniors here, we’ll show you if you can use Jitterbug phones on the AT&T network and show you what carrier does Jitterbug phone use. 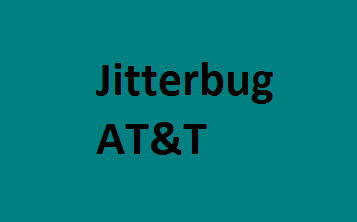 Usually, senior citizens are not able to use advanced phones. They may have different needs than normal cell phone users. In some cases seniors may have hearing problems so, they need loud speakerphone and hearing aid compatible devices. In other cases they may have vision problems so, they need phones with clear screens that display large fonts. Also, the big buttons are an important senior-friendly feature.

For seniors safety, it’s perfect if the phone has an emergency alert button to call for help when needed. Most of the seniors need basic phones to make and receive calls and not caring about the internet or what a smartphone can do. If you look at what AT&T store offers you will not find a phone that has the features provided by the Jitterbug flip phones or similar to them.

AT&T Wireless focuses on offering advanced smartphones based on both the Android and Apple platforms. On the other hand, AT&T doesn’t offer special smartphones or cell phones for seniors. So, the question about can jitterbug phones be used with AT&T and if they are not compatible “cannot work with AT&T” what’s the AT&T phones similar to jitterbug.

Can Jitterbug be used with AT&T

As AT&T lacks the Jitterbug phones and the Jitterbug smartphones and its alternative, many are thinking about getting Jitterbug phones to work on the AT&T network. But, these phones use the CDMA technology and don’t use SIM Cards, besides being locked to work with GreatCall service.
AT&T Phones Alternative to Jitterbug
The AT&T store offers many basic flip phones, some of these phones have features that may be useful for seniors like the LG B470; which is a flip phone and has an enhanced audio system. Also, if you‘re looking for a cheap basic phone the AT&T ZTE Z222 may the right choice, the phone is not designed for seniors but is easy to use. If need to know more about the available phones, you can check out the AT&T cell phones for seniors.